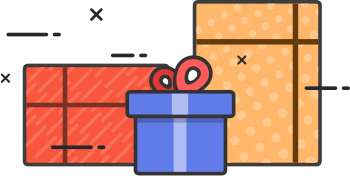 Free Gifts Available
Get free gifts on your every order. find your gift by adding products to your cart!
Menu In 2008, Gnarly! set up shop in Manila and become a pioneering name in the emerging streetwear scene. The lifestyle brand followed by both in the know and casual fans of street fashion feels like it has always been there. And in many ways, it has always been. Gnarly! was the wave-front way before clothing lines became a common venture and the brand has been there long before streetwear became streetwear. But while some are tempted to think they know of the brand, not many know the brand beyond its bright yellow store and damn good designs.

Most know the iconic G! logo, the characters, and the signature vibrant design but few know the history, and even fewer know the methods of the brand. And this is by design. In its over a decade of practice, we have respectfully declined multiple interviews, features, and collaborations simply because the team wants full control of the way the Gnarly! story is being told. Now, the curtain is slowly being unfurled to connect to the audience better and to simply collect the respect the OG bright yellow brand deserves.

Our humble beginnings can be traced on the now-defunct social network Multiply where we sold limited edition sneakers imported from the US. Since the sneaker resell game was tight and only those with the deepest pockets lasted. With diminishing market share, the team shifted gears and produced their own designs. However, our brand came in a little too early to the party. The first collection did not get much attention from the general public who were generally unfamiliar with the concept of streetwear. However, this did not deter the spirits of the team. One release after another, the public resonated with the brand’s persistent attitude and unique visual storytelling.

The changing landscape of the Filipino streetwear scene has witnessed a lot of brands come and go. But your favorite brand is still one of the first, the longest-lasting, and the hardest. Quote that. Gnarly!’s longevity and consistency proves that nothing beats a no-nonsense brand that believes in the value of hard work in its designs, business execution, and community management. The team has its sights years ahead all the while keeping ground with the present. Time-tested designs and consistent quality are balanced by forward-thinking attitude and a crazy level of courage in testing out new things.

A selection of everyday essentials, practical accessories, and well-designed items put Gnarly! on people’s wardrobes. T-shirts, sweaters, and hoodies are common finds in the Filipino closet and the G! has designed, produced, and sold thousands and thousands of garments that keep everyone fresh and inspired to go about their day and do what they got to do

It is impossible to talk about Gnarly! without talking about the gang — Fudge, Gremgnar, Lady Cyborg, Eyeboy, Goyle, Wizard, and The Bear — these comic characters are central to the way Gnarly! tells its story and keeps the fans excited. The gang was inspired by 90’s cartoons being run on the TV. We liked the idea of making products based on a consistent visual language and the off-beat nature of 90’s cartoons that perfectly matched the attitude Gnarly! maintained over the years. These Gnarlyverse characters have evolved from simple illustrations to now friendly faces the audience resonates with.

In the coming articles, Gnarly! will put into words some thoughts and experiences gathered for over 13 years of doing business. Read the history, behind-the-scenes, and future moves straight from the crew.

When the OG! speaks, you just have to listen.